The technology giant, Apple has planned and announced officially about its next big event of September 12, at the company’s shiny new headquarters in Cupertino. The invite bears the words “Gather round”, along with a large gold circle, which silently symbolizes colour of new launch. 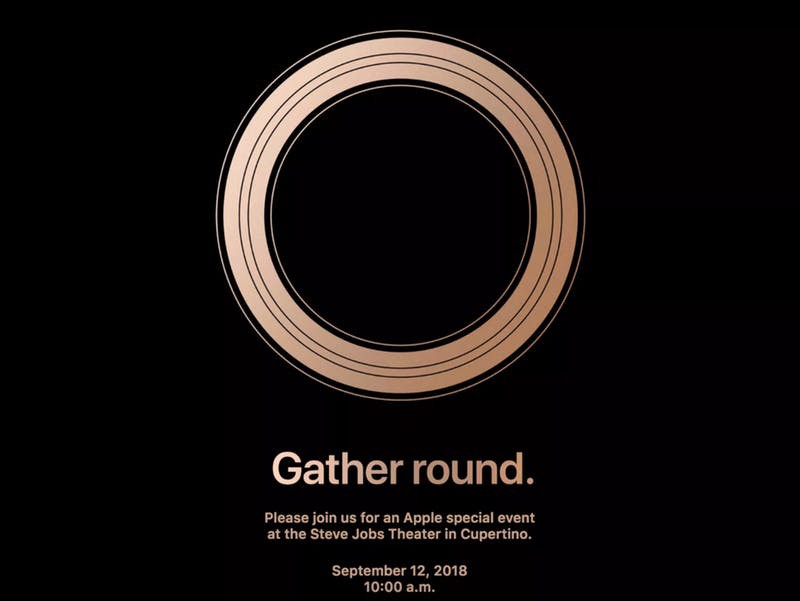 In that huge event Apple may include the introduction of three new iPhones. The products are supposedly in the works, that are lined up for launch news. those can be

Recently Apple has leaked a picture through FCC, which is a gold version of iPhone X but it is not available for purchase. A publication 9to5mac can share exclusively the first look at both new 5.8 inch and 6.5 inch OLED iPhone that includes features of Iphone X.

That’s why some call it as successor of iPhone X. The publication believes that the new phones of varied size will be called as iPhone XS, the OLED model will come in two sizes including larger version and each will be offered gold colour for first time.